Bengals vs Bills injury report for the Divisional Round game. Josh Allen of Buffalo was FP on Wednesday after practice. 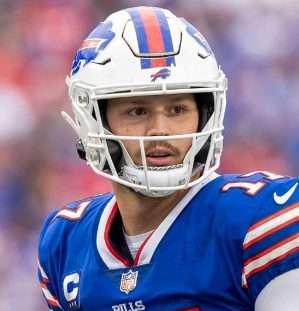 The early game on Sunday’s NFL doubleheader will feature the Cincinnati Bengals, who will be in Buffalo on January 22nd to take on the Bills. They, the Bengals, are +5.0 (Unibet) on the spread for the game as they prepare for their Divisional Round showdown (Sunday). The injury report for the game was updated and published on Wednesday. It will be updated on both Thursday and Friday ahead of Sunday’s showdown.

The injury report listed Josh Allen, the quarterback for Buffalo. He has appeared on every Buffalo Bills’ injury report since Week 10 of the regular season. Allen, as of Wednesday after practice, has a continuing problem with his right elbow. However, Allen remains a full participant in practice, just as he has for most of the duration of this injury.

He seems to be a player that would benefit from the offseason a little more than others. But bettors that might consider betting against Buffalo should not do so based on Allen’s name being on the report. He has been on numerous reports and often still played well in the ensuing games.

The following teammates of his were limited for Buffalo: Jordan Poyer and Jordan Phillips were both LP. In total, Buffalo had seven players listed on their half of the injury report. Three of them were FP while four of them were LP. Taken as a whole, the report is not that bad of a report for Buffalo despite the fact that their QB is named on it.

Cincinnati lists seven players on their half of the report

Meanwhile, Cincinnati also had seven players listed on their half of the report. Four of them were DNP with injuries while another was DNP due to rest. The remaining players were FP.

Between the two teams, Buffalo has the better injury report. However, the injury report for this upcoming game is not critical to follow as all the main players appear to be good to go.