The opening odds for the NFL's conference finals have been updated. The Philadelphia Eagles and the Kansas City Chiefs are small favorites. 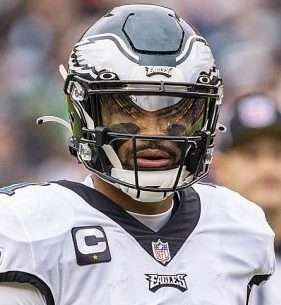 Both the AFC and the NFC conference finals will be played next weekend. The two games are expected to be competitive with the opening odds implying as much. The Kansas City Chiefs will host the Cincinnati Bengals in the AFC Final in the second game to be played on Sunday. In the first game, the Philadelphia Eagles will host the San Francisco 49ers.

Bengals at Chiefs: KC is just a small favorite

The Kansas City Chiefs have opened as a very small favorite to beat the Bengals next week. They, the Chiefs, are set at just -1.0 in the game with moneyline odds of -115 (20/23) with bet365 sportsbook. The Bengals are the defending conference champions and they did defeat Kansas City last season in the same round of play.

Another issue that will no doubt affect the betting trends will be the playing status of quarterback Patrick Mahomes. He took an awkward tackle early in the game against the Jacksonville Jaguars in the divisional round. Mahomes was able to play through the injury for most of the game. However, after the game, an MRI confirmed that he has a sprain. That may come as good news for KC backers as a sprain is a better injury than either a fracture or a break.

The Philadelphia Eagles will host the San Francisco 49ers in the early game on Sunday. The Eagles are very small favorites in the game, set at -2.5 as they look to get back to the Super Bowl. On the moneyline, the Eagles are set at -145 with bet365 while San Francisco is set at +125.

The game features a team in San Francisco that was once 3-4 on the season. They are now 15-4, having won 12 straight in the playoffs and regular season combined.

Meanwhile, Philadelphia is the team that spent the most time on top of the various NFL power rankings that are out there. They were the last team in the NFL this season to suffer a defeat and they only have one loss this season in a game that QB1 Jalen Hurts started.