Super Bowl LVII favorites and MVP favorites. What should you consider when making a futures bet on the NFL championship game? 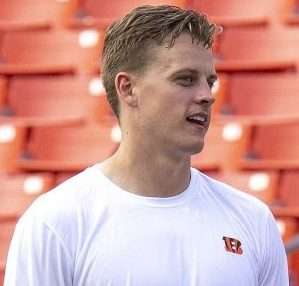 There are just four teams left in the quest to win Super Bowl LVII (ie. Super Bowl 2023). After the San Francisco 49ers defeated the Dallas Cowboys on Sunday night, it’s down to the 49ers, the Philadelphia Eagles, the Kansas City Chiefs, and the Cincinnati Bengals.

Here’s a look at where the teams stack up on Super Bowl futures. Furthermore, we’ll take a look at who is considered the favorite to win the MVP for the 2023 Super Bowl (all odds come from Unibet sportsbook).

Heading into the conference finals, the Cincinnati Bengals and the Kansas City Chiefs are considered the co-favorites to win the Super Bowl with Unibet. Each of those teams is listed at +250 (5/2) to win outright. They actually will play one another next weekend so it seems that the odds imply a probability that the winner of that game will win it all this season.

Some might be surprised that the Bengals are priced so short. They have a very tough road game to win next weekend. However, Cincinnati did win their conference last season, they have all the tools they need to win the Super Bowl, and they just might benefit from injury luck.

On that matter, it’s not clear what kind of shape Patrick Mahomes will be in next weekend. Furthermore, it seems unlikely that Mahomes, who has a high-ankle sprain, will have a good week of practice. Cincinnati’s chances of advancing to the Super Bowl could be presented as the best of the four remaining teams.

Patrick Mahomes is considered the favorite to win the Super Bowl MVP. That’s a little bit counterintuitive given his questionable injury status. However, if the Chiefs survive the Bengals next weekend, then it would provide two weeks of rest for Mahomes before the Super Bowl. That would clearly be enough time to recover from a sprain.

What are you betting on in this market?

In order to win the Super Bowl MVP, history has shown that you need to be on the winning team. It’s not a 100% thing, however, the voting has heavily favored a standout player on the winning team for years and years. The only exception is the 1971 Super Bowl, which was played over 50 years ago now.

McCaffrey, the star running back for San Francisco, is the non-QB player with the shortest odds. However, he is still way out at 14 to 1.

A running back has not actually won the Super Bowl MVP since 1998. The award heavily goes to the QB of the winning team, although sometimes a wide receiver or linebacker has won the award in recent seasons.