The playoff races are alive and well in the NFL. Here's what's going on in the statistical races as Week 12's Sunday action nears. 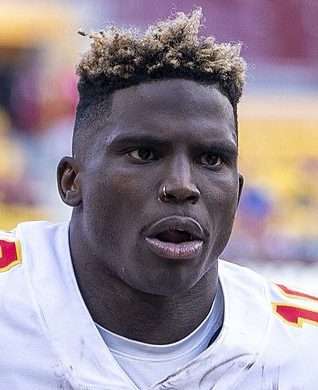 As of Saturday night, three of the games are already done for Week 12. Heading into Sunday morning, there are still a lot of games to be played. Here’s a look at some the statistical leaders in the NFL as the business end of the current season approaches.

Patrick Mahomes has a comfortable lead for passing yards

Kansas City’s Patrick Mahomes has a comfortable lead for passing yards heading into Sunday of Week 12. Mahomes has 3265 yards passing so far this season. The player that is closest to him is Josh Allen, however, Allen has already played his Week 12 game.

Whatever passing yards Mahomes gets against the Rams will add to the margin over Allen, which is 82 yards at this point. Joe Burrow is also among the league leaders, however, he is 375 yards behind Mahomes.

Derrick Henry could build a big lead for rushing yards

Derrick Henry of the Tennessee Titans is in a good position to build on his lead for rushing yards. His main competitor, Saquon Barkley, played on Thursday and did not have a good game.

Henry currently has 1010 yards rushing this season, good enough for first place league-wide heading into Sunday. Josh Jacobs and Nick Chubb will also be in action on Sunday, two other players that have a chance to lead the NFL in rushing yards this season. There are only 87 yards separating first-placed Henry from fourth-placed Chubb in this statistical category.

Miami’s Tyreek Hill could overtake the top spot for receiving

Justin Jefferson played on Thursday this week. For the time being, he is the league leader over Tyreek Hill for receiving yards this season. However, Hill, with a good game, would overtake the top spot again. Hill is 84 yards back of Jefferson for the receiving yards lead as the Miami Dolphins face the Houston Texans on Sunday.

The ‘race’ that no QB wants to win is the one to lead the league in interceptions. Currently, Josh Allen and Davis Mills are the league leaders in the statistical category. They each have 11 INTs this season, however, Mills won’t play in Week 12 as he has been replaced — in part for throwing too many interceptions.

Ryan currently has 9 INTs on the season but all of them came under the coaching of Frank Reich. Ryan has appeared in two games since returning from a midseason benching that had a small injury mixed in. Ryan has kept the sheet clean for INTs since his return.