NBA recap for November 19th, 2022. The Utah Jazz defeated the Portland Trailblazers to take over top spot in the Western Conference. 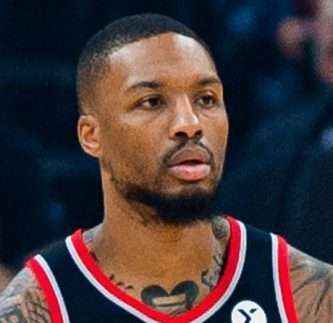 The Utah Jazz defeated the Portland Trailblazers on Saturday night. The final score was 118-113 for Utah, a game that had some shifts in momentum.

Jordan Clarkson was big down the stretch for the Jazz. He hit a three-pointer when it looked like Utah might be folding for the night. He ended up with the game-high for scoring as the Jazz improved to 12-6 with the win. Entering Sunday, they have the best winning percentage in the NBA’s Western Conference.

The San Antonio Spurs 5-2 hot start is well behind them. The Spurs lost on Saturday night to the LA Clippers, 119-97. The Spurs are now 6-11 on the season and have gone 1-9 over their last ten games. Meanwhile, the Clippers are 10-7 and have played better since opening the season a little slow.

Kawhi Leonard played 22 minutes for the Clippers as he continues his return from injury. He had 11 points in the game and 4 assists. He saw plenty of bench time, perhaps because of the blowout or perhaps because LA isn’t running Leonard back into too much action. The Clippers are 7-3 in their last ten and are trending toward the top of the conference but still sit out in 7th place.

The Philadelphia 76ers hit a speed bump after their last game. They lost point guard Tyrese Maxey to injury. According to Adrian Wojnarowski of ESPN, Maxey is expected to be out for approximately three-to-four weeks after sustaining a small fracture in his left foot.

Maxey had been a surprisingly bright light in Philly’s offense to open the season. Saturday’s game for Philly against the Minnesota Timberwolves was the first that the 76ers played without him.

The result was a home loss to a struggling team. Minnesota defeated the 76ers 112-109. Both teams are now 8-8 on the season. If the game is a sign of things to come for Philly during Maxey’s absence, then the 76ers could struggle over the next few weeks. Joel Embiid had 32 points in the game but it wasn’t enough to overcome the Timberwolves, a team that has been sluggish so far this season.

The Indiana Pacers continued their decent start to the season. They hosted and defeated the Orlando Magic on Saturday night, 114-113. The Pacers are now 9-6 on the season, a good start for a team that was projected to win fewer than 30 games.

One takeaway from the game is that Orlando lacked some effort. With about 2 seconds left, Indiana had the ball and the lead but there wasn’t a frantic effort to foul the Pacers’ ball handler. It seemed that Bol Bol, who could have attempted a foul, was content to let the clock run out.

Paolo Banchero continues to miss games for the Magic. Orlando will be expecting him back sometime in the next week.

In the other game on the night, the Atlanta Hawks defeated the Toronto Raptors in overtime 124-122.