NBA Power Rankings following the results on November 13th. The Milwaukee Bucks had a bad week but they remain our No. 1. 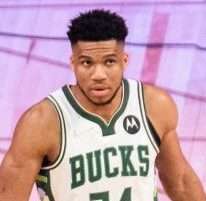 The Milwaukee Bucks remain on top of our Top Ten NBA Power Rankings. The rankings below reflect results that include up until Sunday, November 13th. The Bucks were our top team last week and, despite two losses this week, in the big picture, they are the best team to date this NBA season.

The Boston Celtics were the big mover of the week. They won all four of their games, including a road win at No. 7 Memphis. Our big dropper this week is Cleveland, a team that went 0-4 for the week after their promising 8-1 start.

Looking ahead at quality match-ups, the Atlanta Hawks will face the Milwaukee Bucks on Monday night. Atlanta will also face Boston later this week while Cleveland and Milwaukee will match up on Wednesday.

Who are the worst teams in the NBA so far?

The worst teams to start the season would be the Charlotte Hornets, the Detroit Pistons, the Houston Rockets, and the LA Lakers. The Rockets have the worst record of that quartet with a 2-11 start to the season. Meanwhile, the Pistons have the worst point differential in the league. Their average game is a 10-point loss.